The Disco Dance Dome is the ultimate party machine! It's a party on wheels, and what we mean is that it can be set up almost anywhere as long as it fits and you have the requirements. Friends, food, and drinks can definitely match the Disco Dance Dome! A Sound System with flashing colored lights and cables to connect your own music source with a large bouncy or jumpy area and loudspeakers to blast out the tunes that'll make you want to get down. It's been proven to be the best way for a party house or any music event.

This is the ultimate party starter. The Disco Dance Dome brings a party to life, right in your own home. The sound system plays music and has immersive audio for the best experience ever! It's the best of both worlds of lights and sounds!

We have set up the Disco Dance Dome in backyards, front yards, side yards, gardens, fields, acres of land, company events, offices, facilities, big conference rooms, schools, churches, chapels, parking lots, and many other places! We can set up on grass, concrete or cement, dirt, soil, turf or artificial grass, indoor gym, carpets, and on almost every surface that's conducive for an inflatable. What are you waiting for?

Features of the Disco Dance Dome:

This interactive Disco Dance Dome has proven to be the ultimate party bringer on any occasion! You could start by appreciating the dome-like structure which is architecturally made to trap the sounds and make it bounce all over the unit. The sound system is built-in so that you don't have to think about bringing separate speakers and amplifiers. There is also the functionality where you could hook up your own iPod or MP3 Player to the sound system, so you can play your own music. The lights inside of the Disco Dance Dome are like stars that sparkle and make your blood alive for partying! To top it off, the Disco Dance Dome is a bounce house in itself, where people can jump their hearts out while partying!

The Disco Dance Dome is running for its life! It needs a home to live in, and you're the one who can provide it. The party never needs to stop, because at the Disco Dance Dome you'll be able to dance endlessly with its flashing colored lights, your favorite cable-connected music source, and a bouncy area for all your jumping needs. Forget about the mundane old discos and boogie down at the Disco Dance Dome. Fill your child's birthday party with loads of music and dancing! These inflatable party domes are a great way to make your child's party a night to remember with their favorite songs, kids dancing, and so much more. With flashing colored lights, cable to connect your own music source, large bouncy or jumpy area, loudspeakers, party, music, fun- for hours of fantastic entertainment. Grab the Disco Dance Dome today!

When renting the Disco Dance Dome you need to:

A Picture and a Video of the Disco Dance Dome: 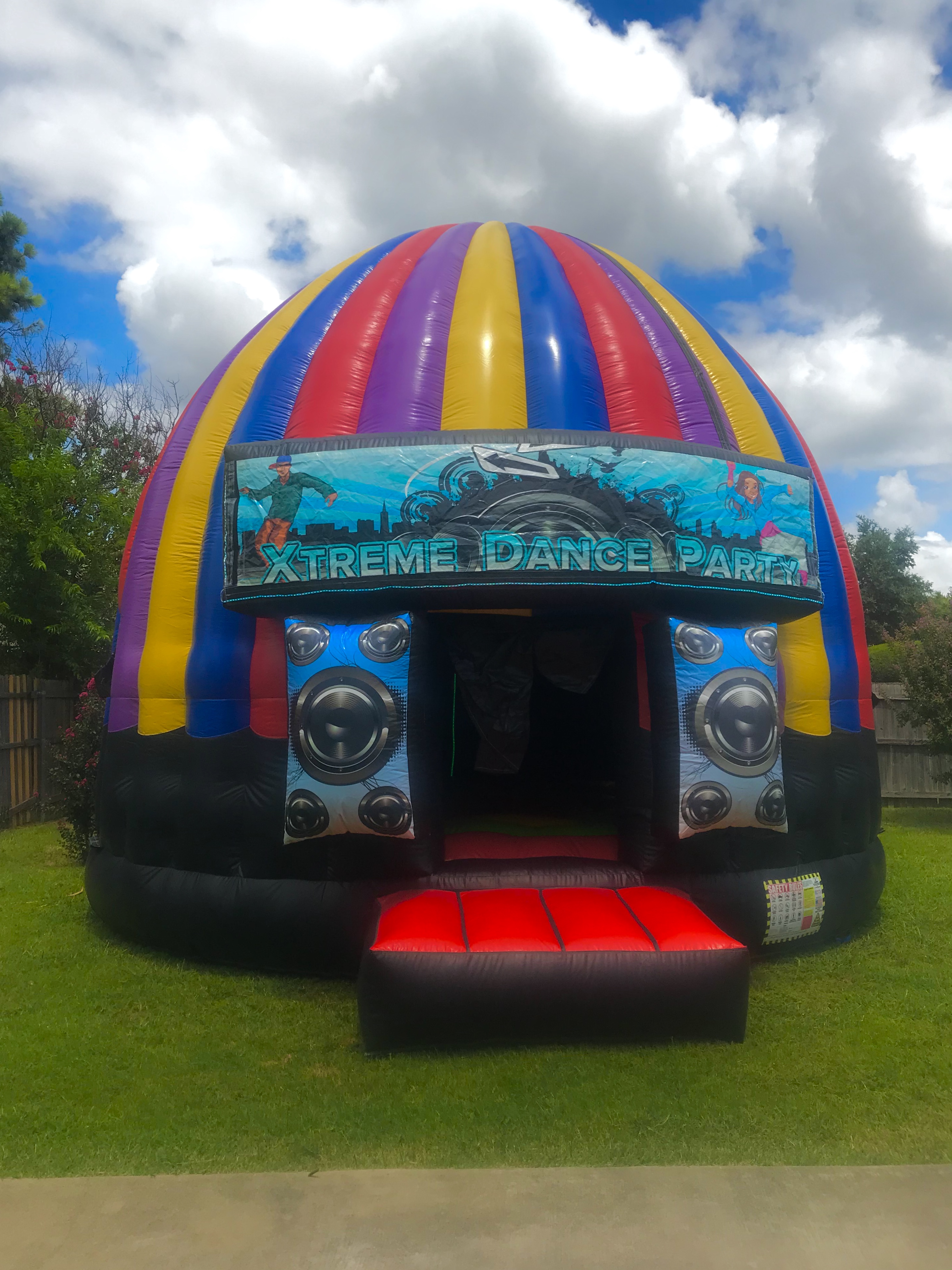